St Dominic’s Primary School is a Roman Catholic School and serves the Parish of St Fillan. Although the majority of children enrolled at St Dominic’s live in Crieff, we have children who come from the surrounding towns of Braco, Muthill, St Fillan’s, Comrie, Madderty, Monzie, Gilmerton, Blackford and Auchterarder.

An extension to the present building was opened in 2006 incorporating Early Learning and Childcare facilities. 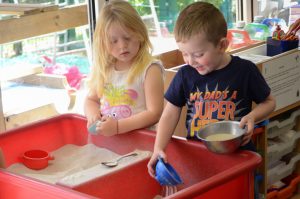 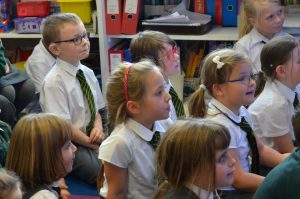 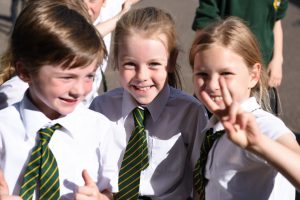 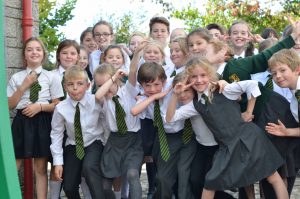 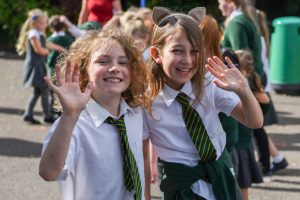 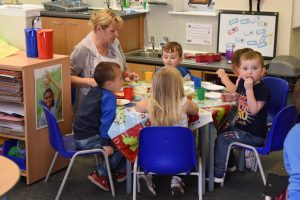 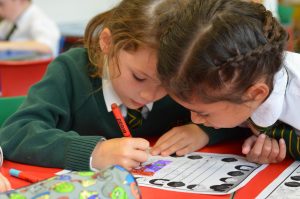 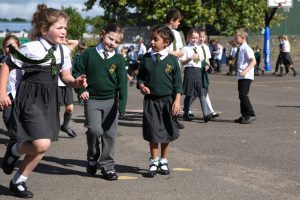 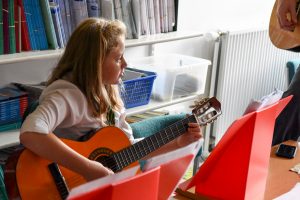 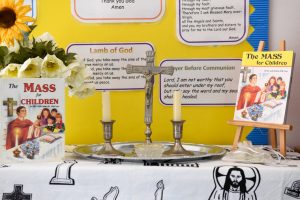 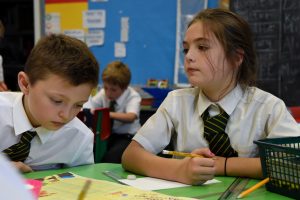 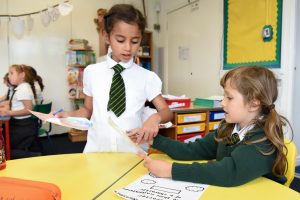 The Very Reverend Dr Thomas Shields celebrated Mass for the occasion in the nearby St Fillan’s Church, attended by Sister Pauline Burling OP, Mother General of the school’s founding order, accompanied by Brother Andrew Brookes OP, a son of the parish, and Mrs Elizabeth Hunter, headteacher, with her staff and pupils.

Bishop Stephen Robson, Bishop of Dunkeld, blessed a plaque to mark the anniversary. He paid tribute to the long line of teachers who had served at the school and to the families who had sacrificed so much for their children’s future and he told the pupils, “Today you are the living continuity of all those boys and girls who have been a part of this community over all those years”.

Mrs Hunter thanked the generations of staff, families and parishioners. “They have left us such a rich legacy and we look forward with hope for the future. Our journey began 125 years ago when the first parents entrusted their children’s education to the Dominican nuns who had travelled to Crieff to establish a convent. We are entrusted to care for that living community, bearing witness to a common vision and mission. We are one big family who trust in their faith. Everyone is equally respected and unconditionally loved in a community which wants to reach out to all, especially the poor and the marginalised, and those in greatest need”.

Brother Andrew recalled the school’s early days when the Dominican Order first opened a convent in Crieff. “Mrs Mary Helen Elwes (Mother Mary Ignatius), the foundress of the school was the daughter of a prominent local family, the Murrays of Dollerie. Widowed, she had become a Catholic and joined the Dominican convent in Stone, Staffordshire, in 1870. In 1889 the diocese of Dunkeld invited her to found a convent and school which she promptly did on land next to Strathearn Terrace. Professional lay teachers were employed from the outset, the nuns also teaching. Despite many hardships, the school flourished, supported by a small government grant but dependent mostly on the generosity of Catholics, and in 1897 had to move to a bigger site on what is now the parish car park. Mother Ignatius died on the last day of 1899, the convent not surviving much longer. However, the school continues to express the Dominican values of truth, prayer, affirmation of the whole person, community, mercy and care for others.”

In 1919 the school came under the Perthshire Education Authority, and later, Perth and Kinross, lifting a financial burden from the parish. The generosity of the parish and the families nevertheless continues to the present day. Chairman of the Parent Council, Dr Harry Schnitker, presented a new 125th Anniversary Trophy to the school. “The school has a strong tradition of  support from the local community, and particularly the parish of St Fillan’s, here in Crieff”.

The present building was opened in 1966.

Following the ceremonies, parents and pupils, past and present, were then invited to visit the classrooms where the walls were lined with old photos and other memorabilia that had been loaned for the occasion. Sister Pauline and Brother Andrew looked back through the schools opening Log Book with Mrs Hunter, and were moved to read the accounts of ill health and other struggles that showed the great sacrifices that had to be made in the early days.

Sister Pauline, accompanied by Mrs Jenny Turnbull, led the school in singing a Dominican 13th Century Blessing, ‘May God, Creator, bless us. May God, Redeemer, heal us.  And may God the Holy Spirit, fill us with light”. 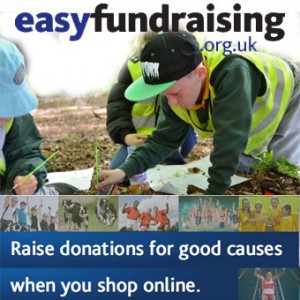 There are no upcoming events.

Sorry, no Tweets were found.